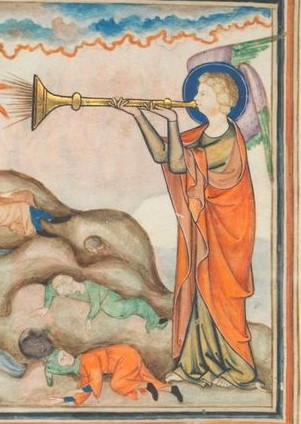 Congratulations to LHL Giacomo Fornerigo (Billy Ginocchio) on his announcement for elevation to the Order of the Laurel. His elevation will be held at Gulf Wars.

Thank you to Baron Soni for stepping up as our Baronial Seneschal, and Elizabeth as his deputy.
Thank you THL Mebh for your service to the Barony as Sensechal the past two years.

BRObarian Brawl is THIS WEEKEND – January 25, 2020.
This is a one day event sponsored by the Barony.  This year’s focus is preparation for Gulf Wars.  There will be both heavy and rapier Tournament of Champions qualifier fights, thrown weapons, Baronial Warlord tournament, classes, feast and Court with Their Royal Majesties Connor and Victorya.
Even if you are not planning to attend War, the classes will assist anyone who attends events in the SCA.
The Barony will also have a fundraiser for the permanent shower to be built at the Baronial Campsite at Gulf Wars.
January 25, 2020 at 8 AM – 8 PM at the Carlisle Civic Center.
The camaraderie and tournaments are sure to delight you all. Make your plans to attend!

A tentative work day has been scheduled at Kings Arrow Ranch to work on and repair the Barony’s permanent structure at our Gulf Wars campsite for February 14 – 16. More news will be forthcoming as that date approaches.

Registration for Gulf Wars XXIX is now open. Gulf Wars will be held March 14 – March 21 at Kings Arrow Ranch. If you are planning to camp with the Barony (we would love to have you) please notify His Excellency Baron Axel. We have a meal plan if you like to participate. There is a social media group with more information.

The Barony will be responsible for furnishing deserts to be served at the Gleann Abhann Social on Tuesday night. Be thinking now about what you can contribute!

Ongoing focus going forward with the Barony. Please review this list and see where you can assist.

The Barony was glad to assist our host for our A&S Stuff nights at their annual Halloween Trunk or Treat. Many a battle was had between our Baron and youth challengers. All were invited to partake of the candy offerings in the Baronial treasure chest. We were happy to assist and give back to the community.

The Barony of Small Gray Bear